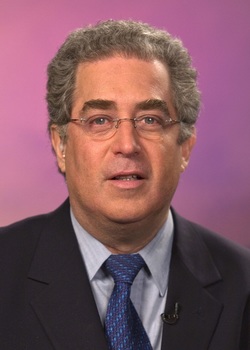 Dr. Larry Kutner brings a unique and high-powered set of skills and experiences to his work as a consultant to non-profit organizations and corporations.

One of America’s best-known psychologists, Dr. Kutner trained at the Mayo Clinic and served nearly 20 years on the faculty at Harvard Medical School/Massachusetts General Hospital, where he was co-director of the Center for Mental Health and Media. He has written six books and thousands of articles on psychology, child development, education and parent-child communication. For seven years, he wrote the award-winning, internationally syndicated “Parent & Child” column for The New York Times. That column received the National Psychology Award from the American Psychological Association, which called it the best writing about psychology in the country.

For five years he was the “Ask The Expert” columnist and contributing editor at Parents magazine. He also received a national Emmy as a television documentary producer and reporter, and has worked in both commercial and public broadcasting, radio and television. One of his speeches on child development was broadcast as a  PBS pledge-drive special, and syndicated nationally. He has spoken on psychology, child development and nonprofit leadership issues around the world, from Bangkok to Vienna.

During this time, he consulted to and did media production work for numerous corporate and non-profit clients, including 3M, Altria, the Carnegie Corporation, the Carter Center Mental Health Program, Dacomed, General Mills, Johann Jacobs Foundation (Switzerland), Medtronic, Procter & Gamble, and dozens of others.

Itching to work for himself again, he returned to independent consulting and media production in 2016, focusing on issues related to organizational improvement, strategic planning, psychology, health behavior change, education, child development, and communications.

Dr. Kutner received his A.B. from Oberlin College and his Ph.D. in clinical psychology from the University of Minnesota. He’s licensed as a psychologist in five states and is a fellow of the American Psychological Association, which awarded him its Lifetime Achievement Award in Media Psychology. He lives in the San Francisco Bay Area with his wife, Dr. Cheryl K. Olson, a public health researcher and consultant on health communications and behavior change.

Manage Cookie Consent
To provide the best experiences, we use technologies like cookies to store and/or access device information. Consenting to these technologies will allow us to process data such as browsing behavior or unique IDs on this site. Not consenting or withdrawing consent, may adversely affect certain features and functions.
Manage options Manage services Manage vendors Read more about these purposes
View preferences
{title} {title} {title}